Addiction doesn’t discriminate. It’s a problem that affects the homeless, the poor, the working class, the rich, and the famous. It casts its net far and wide and doesn’t care about a person’s circumstances. This can be seen in the story of Charl K. Charl had a bordering-on-normal home life. He was brought up by his stepdad and mum and in primary school, he was everyone’s friend. He played rugby from Grade One to Grade Seven at school and was a friendly child. Yet, addiction and tragedy still found its way into his family and his life. Charl was involved in a number of accidents, including a big one that left him with severe injuries. For over 20 years, he was brutalised by substance abuse until he found freedom from addiction through recovery.

Charl started smoking in primary school in Grade Three. He believes this could have been triggered by finding out that his dad was actually his stepdad – as this was the time he started rebelling. In Grade Four, he moved onto inhalants to get his kicks, and later, in High School, he made the leap to the hard stuff. Alcoholism has been in his family since before he was born and surrounded him from a young age. 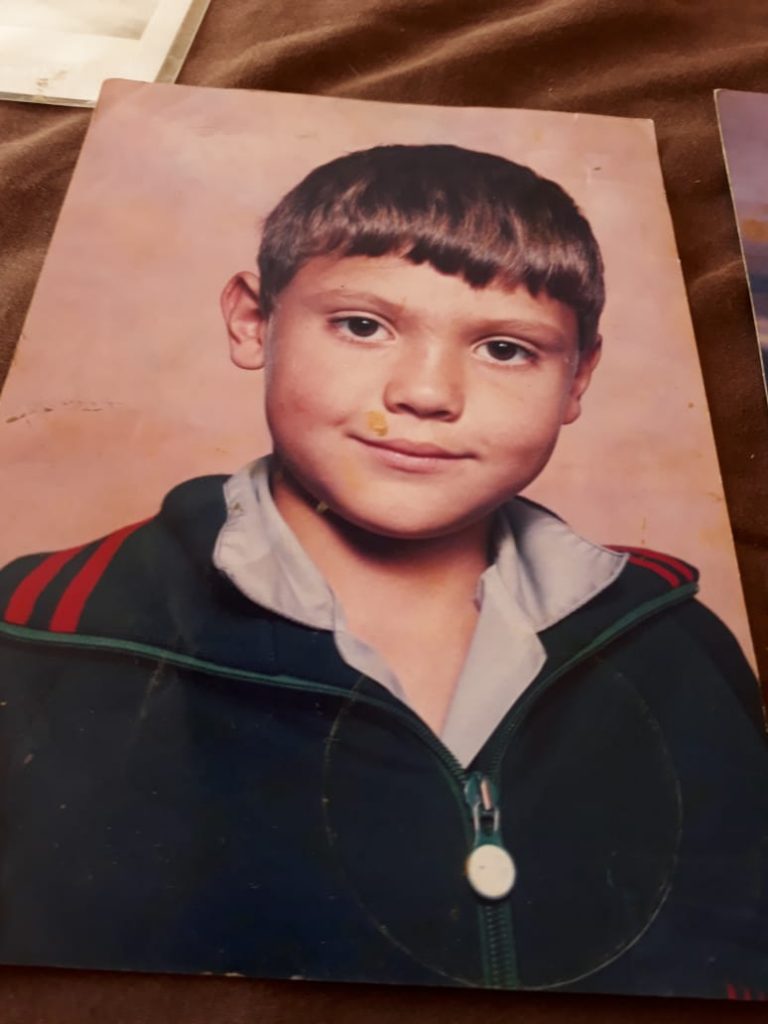 A picture of a photograph of Charl as a youngster

What struck Charl the most about his addiction was the unmanageability:

“There was partying but there were always consequences. I always thought I could do everything myself and I ran on self-will. Further into addiction, things became worse. I was in many accidents and my big accident. I used to go and drink, and I would start fights in bars and clubs. It was basically unmanageable. My family knew it but they never did anything to help me until I got to the point where I became too much for them. It was then suggested to them that they call the police.

“The police officer that came for me asked me if I wanted to be in recovery. I said, “Yes I do!” So I went to rehab. My addiction had gotten so bad then. I was once in a mental institution because of heavy psychosis from using too much. I used to scratch my face until it bled. I thought my way was the only way and there wasn’t any reasoning when I was high.”

The first stint of recovery didn’t stick. After leaving rehab, Charl stayed with his mom and stepdad for a short while before they suggested he go to a halfway house for support. Charl decided to use the money he had received from the Road Accident Fund after an accident to buy a flat. Charl stayed in the flat and slipped back into addiction. The Drug Squad raided his flat several times and squatters occupied the premises.

Not only was Charl plagued by the effects of addiction, he also was involved in a number of accidents – the last one he was in caused him serious bodily harm.

“In school, I was friends with the computer crowd where I learnt about computers and stuff. When I left Grade Eight, I started working in a butcher. I never kept a job longer than a year. But, when I was about 24, I decided I would go to Intec College. I wanted to do my A+ diploma as an IT Technician. I made it, even though I didn’t open any books because I had a practical knowledge of what I was doing. I got my diploma and I got a job at Minolta, the printer and copier services company. I was working there for a week. The big accident happened on 12 August 2012. I was coming home after a work function and then, I basically remember waking up at the hospital after a couple of months. I was in a coma. I got told that a lady skipped a stop street and hit me.”

“My legs were broken, my spleen was removed due to internal bleeding. My skull was cracked so I had blood on the brain. I had a stroke as well. My eyes were damaged. My left arm is damaged. I had a couple of operations on it but they didn’t work. It was bad. I basically didn’t have money for medication afterwards so I used to go to a clinic to get my medication there. My mom used to push me in the wheelchair. She’s a wonderful woman. We’d struggle to get myself in the bath and she’d bath me. I was living in a duplex and I couldn’t walk so I had to push myself up with my one arm on the steps to get to the bathroom,” recounts Charl.

“I learned how to walk about three months after coming out of hospital. I went to the physio once and the physio lent me a frame because I couldn’t pay to go every time for a session. He told me that every day I need to walk around the block with the frame to practice with my legs and in a month’s time, I’d be able to walk again.”

After the accident, Charl still struggled with the consequences of addiction. He had friends in the form of using buddies. They lied to each other and stole from each other. It was his way of life and he didn’t know any better. He didn’t know that recovery could show him another way to live.

“I was running so strongly on my own will. I didn’t give a sh*t about what anyone said. I did my thing. The three months before I went back to rehab, I was busy dying. I couldn’t even walk two blocks. I was permanently constipated. This is 20 years of active addiction. My body was giving in,” says Charl.

Charl’s Recovery: A Message of Hope 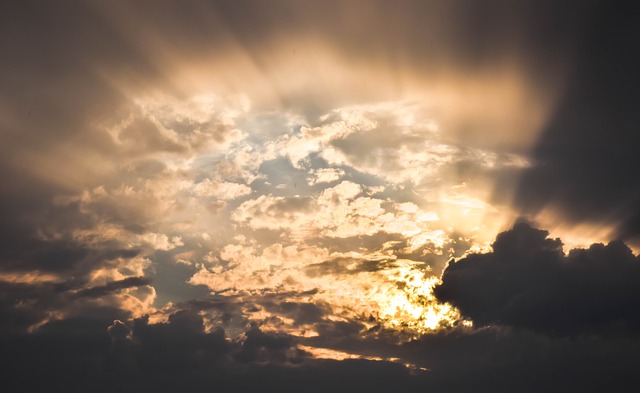 “It’s amazing how recovery works. It’s changed my life and how I see things. It has made me open-minded, and willing. Now, I love helping newcomers in recovery. I love showing them the new way of life,” explains Charl.

Freedom from addiction didn’t just change his perception of life, it also transformed Charl’s relationships with his family. His sister invited him to come and join them for a braai this past Christmas. He is on good terms with his stepdad and mom, and they all treat each other with respect and speak like civilised people.

“These are the gifts of recovery! Recovery has given me many things. It’s made me aware that I was killing myself and damaging myself. Because I was in psychosis, I thought my way was the correct way. In recovery, I started getting committed to things. I got involved in 12-Step meetings, and help addicts get to their first meetings so they can make the choice of how they want to commence on their journey… I’ve gotten loyal and committed and trustworthy. Fellow recovering addicts can come to me and talk to me and ask questions about recovery,” says Charl.

Recovery has also given Charl the freedom to pursue his own interests and hobbies, things that he couldn’t do when he was imprisoned by addiction.

“I love gardening. I’ve made my own little rock garden and I love studying. I’m studying now to be an addiction counsellor. I’ve been living at the halfway house I’m in for a year. In the beginning of last year, my personal service was to do gardening at my old rehab once a week, speak to the patients there and give them hope. When I started studying for addiction counselling, I spoke with my former manager at my former treatment centre, I asked if I could serve there. He said yes, that if I complete the exam I can work there during the week. As well, at my current halfway house, if I complete the exam, I’ll be working here on weekends. It’s great to have plans for the future, but as much as possible, I try to live day for day. I don’t live in the future. I don’t live in the past. I live in the moment,” says Charl.

In addition to gardening and studying, Charl has a new-found love for cycling. Considering what happened to him as a result of his big accident, this is an incredible feat. He got into cycling after completing a 5km relay race with Roberto Ferreira, director at The Recovery Foundation. Roberto has been a major inspiration for Charl. Charl says that Roberto motivates him to do anything he wants to if positivity is going to be the result. Roberto, as a counsellor at Charl’s halfway house, has also showed Charl his counselling techniques and how the counselling programme works. He sets a great example. Charl is currently paying off a bicycle and cycling gear that Roberto sourced for him so he can practice and train. Charl is grateful for how cycling has helped him improve physically.

“My body is getting better and better. In the past, I used to walk like the Hunchback of Notre Dame. The more exercise I do, the better I feel, and the more I can do. Cycling has helped me and I train every second day in the morning. I do two to three kilometres. Because my one arm is damaged, I struggle a bit. But I’m getting better. I’m a bit scared of the cars still because of the accident. But, every time I cycle, I get better and my fear is getting removed bit by bit. Roberto is wonderful. He’s been helping me a lot. He’s our inspiration. I see what he does, and he has that will to live, and I want that! I’m living already, but I want more! Recovery is amazing and I never thought I could become who I am today,” says Charl.

In terms of a long-term goal, he hopes to do the Cape Argus in a few years’ time. As a short-term goal, Charl wants to enter the 100 Cycle Challenge event in May. He’s happy as it will give him enough time to train! He hopes to complete about 10 kilometres at the event. For Charl, it’s not about the medal, it’s about improving his health and fitness. He believes sport can change a person and can really help those in recovery. Getting involved in a sport can encourage them to become more committed, energised, and achieve self-respect. He believes that becoming part of a sports group is great for unity as you decide as a team what you will do.

“It’s lekker being part of the world and society. It’s also about the connection you feel to your fellows and humanity!”

Charl K’s story of addiction was defined by pain, unmanageability, loss and sadness but through recovery, he turned his life around. He took responsibility for his recovery and life and changed who he was, which changed his relationships with family and those around him for the better. He’s now living a life he didn’t think possible.

“Recovery might seem scary in the beginning, but, after a couple of months, you’ll learn and you’ll undergo a personality change. You’ll become open-minded, and when this happens, you’ll realise there’s nothing you can’t do. Just work it, and you’ll receive the benefits,” ends Charl

For more information about The Recovery Foundation and its movers and shakers, follow this link.